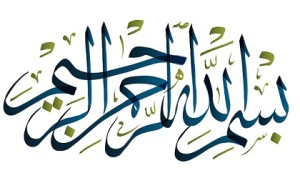 O you wrapped in garments (i.e. Prophet Muhammad SAW)! (1) Stand (to pray) all night, except a little. (2)Half of it, or a little less than that, (3) Or a little more; and recite the Quran (aloud) in a slow, (pleasant tone and) style.

In all the 114 surahs of Holy Quran, there are numerous hidden virtues for us and we cannot discriminate any of the surah from the other. Only in order to increase our knowledge we shall know that which Surah has what virtues for us. So this way when we Learn Quran we can get the most benefits out of it for ourselves, for our parents and for our loved ones.

The Arabic word Al Muzammil means “wrapped” or covered; this is one of the most beautiful names of Holy Prophet Mohammed (S.A.W), you know we also name our kids as Muzammil right?

– It is the 73rd Surah of the Holy Quran

– The short surah comprises of 20 verses in total that you can easily learn kids.

– The beautiful Surah was revealed in complete in one year

– This Surah touches upon the concepts of:

– Torment on the judgment day,

– Seeking forgiveness of Allah and more

Revealed in One Year

“When the opening verses of Surah Al-muzammil were revealed, the Companions would pray as long as they would pray during Ramadan until its last verses were revealed. The period between the revelation of its opening and the last verses was one year.” Narrated by Ibn Abbas (R.A) (Sunan Abi Dawud 1305, Book 5, Hadith 56).

The above mentioned hadith puts light on the importance and greatness of this beautiful surah Al Muzammil so learn Surahs of Quran kids and reap the benefits of reading them as our elders did.

Benefits of reading a single letter of Quran

Prophet Mohammed (S.A.W) once said : “Whoever reads one letter from the Book of Allaah will earn one good (hasanah) thereby. One good deed is equal to ten good deeds the like of it. I do not say that Alif-Lam-Mim is a letter, but Alif is a letter, Laam is a letter and Meem is a letter.’” Narrated by Abdullah ibn e Masood Al-Tirmidhi

Read Quran as soon as you can

Once you start learning Quran, every surah and every ayah of the holy Quran will give you countless blessings. Not only surah Al Muzammil but every surah of the holy Quran has its own hidden virtues so start exploring this gift that have been given to you by your lord Almighty Allah. It is narrated in Sahih Bukhari that there are two blessings that many people lose: good health and free time; so try not to waste your free time and learn and recite Quran kids as much as possible.