Holy Quran is the primary Islamic scripture for Muslims. It describes every aspect of the life be it social, economic, financial, political and more. Gaining knowledge about Quran gives guidance in all walks of life irrespective of age and gender. Also to become a better Muslim it is critically important that one should read, understand and run their lives according to the teachings of Islam. Although Quran is written and compiled in Arabic language so it seems it would be very hard for non-Arabs to understand but as Allah says in the Quran.

And We have certainly made the Quran easy to remember. So is there anyone who will be mindful?
Quran: Surah Al-Qamar [54:32]

The word يَسَّرْنَا  has also multiple meanings like understand and remember (see here).

Quran is an ocean of knowledge containing commandments, stories of prophets or praise of Almighty Allah. Understanding its content, memorizing and contemplating on it has indeed wholesome benefits for the mind and the soul. Many parents think that motivating their kids to learn the Quran is just one obligatory duty for them and that’s it. In fact learning the Quran actually has many hidden and physical benefits as well that are some what unknown or not kept in mind as we read Quran. When you admit your kid in Quran learning institutions or madrassas it begins the level of rewards Allah has selected for you and your kid. Prophet Mohammad ﷺ also said:

This hadith mentions that the best person is who learns the Quran and teaches it to others. This sounds like a very strong benefit as this make you the best which every person wants to be. As the world is becoming materialistic we are more keen to know about benefits which can be quantified. Let’s dig deep and we’ll explore some of the 5 key benefits to learning the Holy Quran.

Understand the Purpose of Life 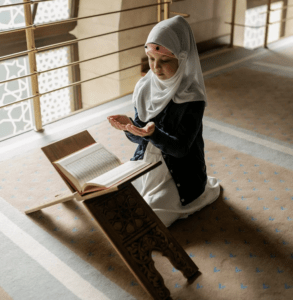 One of the key benefits of learning Quran is you are introduced to the actual goal of your life Allah has set. Verses of the Holy Quran are words of Allah and the most authentic source of guidance for all human beings. As it is mentioned in the Quran:

Indeed, We have dignified the children of Adam, carried them on land and sea, granted them good and lawful provisions, and privileged them far above many of Our creatures.
Quran: Surah Al-Isra [17:70]

This Quranic ayat tell us that Human is the most superior creation Allah had ever made. So now how one can be a more loving, caretaker of humans other than Allah who loves us more than any creation in the universe. Being the best of the creation Allah hasn’t left us to seek themselves the sole purpose of their life, rather it is guided by Allah as well. Similarly in Surah Alaq, we come to know that Allah has:

Read, ˹O Prophet,˺ in the Name of your Lord Who created. Created humans from a clinging clot. Read! And your Lord is the Most Generous. Who taught by the pen. Taught humanity what they knew not.
Quran: Surah Alaq [96]

Allah basically wants humans to read Quran and learn what is in their best interests getting eternal success. In Quran Allah has also described the true purpose of creating all human beings and jinns.

I did not create jinn and humans except to worship Me.
Quran: Surah Adh-Dhariyat [51:56]

The word لِيَعْبُدُونِ means  to worship Allah and follow his commands. Similarly in Surah Al-Mulk, Allah further explains the purpose of life and death which is to check who does good deeds and who does not.

˹He is the One˺ Who created death and life in order to test which of you is best in deeds. And He is the Almighty, All-Forgiving.
Quran: Surah Almulk [67:2]

So the first benefit from Quran we got in the light of the above verses is that we now know the true purpose of this life on earth. 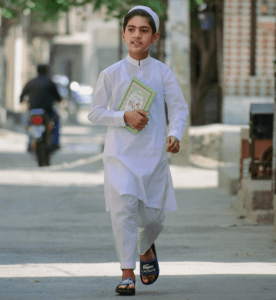 Allah has made it crystal clear that Quran is revealed in Arabic not for just Arabic audience, but a complete Hidayah and Shifah for believers. They are believers as they believe in it being the true word of Allah and hence read it as a guidance from Allah.

Had We revealed it as a non-Arabic Quran, they would have certainly argued, “If only its verses were made clear ˹in our language˺. What! A non-Arabic revelation for an Arab audience!” Say, ˹O Prophet,˺ “It is a guide and a healing to the believers. As for those who disbelieve, there is deafness in their ears and blindness to it ˹in their hearts˺. It is as if they are being called from a faraway place.”

In the later part of the Ayah , the word used is شِفَآءٌۭ which refers to cure of different diseases both physical or spiritual. Spiritual ailments includes such as envy, selfishness, hypocrisy, etc. The Quran’s lessons teach people how to change their attitude and purify their hearts and souls of negativity and impurity. It is also critical to note that as per this surah, Quran is only beneficial to those who believe in it. If some one doesn’t believe in it will not get the benefits of guidance and healing from it.

One particular thing in the final part of the following Ayah is that if someone does not believe in the Quran then it is due to their own blindness to it, in their hearts and deafness in their hears. It is now up to you either you are ready to read, learn & act upon Quran to get both the Hidayah  & Shifah or refrain to get benefits from it.

On another place similar words have been used where Quran mentions this as: شِفَآءٌۭ وَرَحْمَةٌۭ لِّلْمُؤْمِنِينَ (Healing and mercy for the believers).

We send down the Quran as a healing and mercy for the believers, but it only increases the wrongdoers in loss.
Quran: Surah Al-Isra [17:82]

These two surah’s conclude that interacting with Quran be it reading, memorizing, understanding and contemplating Quran is beneficial for curing physical, spiritual or psychological diseases leading toward a overall well being.

Advocacy of Quran in Hereafter 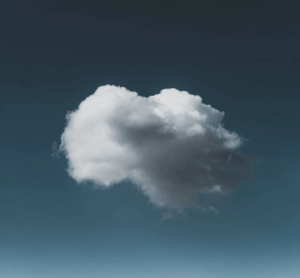 Learning Quran will also be beneficial after we die. This Sahih Muslim’s Hadith tells us that Quran will become intercessor on the day of resurrection for those who reads it, .

So Quran will be an advocate in the hereafter for those who learn and recite it. Furthermore in the same hadith, Prophet ﷺ describes the importance of reciting Surah Al-Baqarah and Surah Al-Imran as they will appear on the day of resurrection as two clouds or two canopies to advocate his reciter.

If we converge the points in both the hadith and Quran then we can clearly say that Quranic benefits is not limited to this life rather it is has far greater impact in the hereafter. 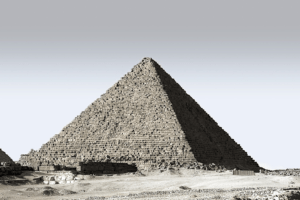 Quran has discussed different events and norms of history in different surahs. This educates us a diversified human behavior towards Allah. Every single event has different lesson described in a precise manner so that humans can ponder and see the cause and effort behavior. These events explains what Allah likes and dislikes and what punishment we could get if we follow bad deeds. Some of these historical events are:

From above we can easily realize the various repercussions of doing what is forbidden and what not for the entire-good human beings. As it is stated in the Quran:

Surely this Quran guides to what is most upright, and gives good news to the believers—who do good—that they will have a mighty reward.

By reading these historical stories and facts we find that Quran offers guidelines for a better earthly life and gives good news to believers who perform good actions. Those who follow will then get a huge reward from Allah in the form of Jannah.

Initiates a dialogue with Allah 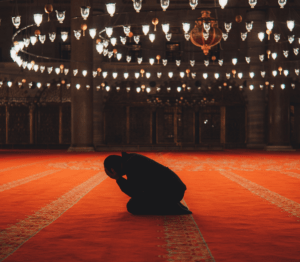 In Quran, Allah initiates a dialogue with humanity or with the Prophet. In the very first Ayah of the Quran as:

The dialogue between Allah and human beings is also started on many other occasions using different words like, قُلْ (Say) which is used 698 times in the holy Quran or the word يا (O) used 1708 times like here:

Although this is Allah’s order to the Prophet but is also an indirect message to all of us.  Similarly in Surah Al-Fajr:

Similarly, when we offer prayers we are addressing Allah for forgiveness and praising him but when we read the Quran, Allah is talking with us. So when Surah Al-Fatihah, is recited we are praising Allah, requesting to keep us in right path and when we read Quran afterwards, its Allah’s response, giving us the commands on what to do to stay on the right path.

After reading this we can summarize the benefits into the following:

It will be such a disgrace if we couldn’t gather these benefits before we leave earth. It is now the responsibility of every Muslim parent to learn Quran not only for them selves but also to for their kids. This will help them achieving maximum benefits in this life and also, in hereafter.

How to Incorporate Quran’s Teaching in kids